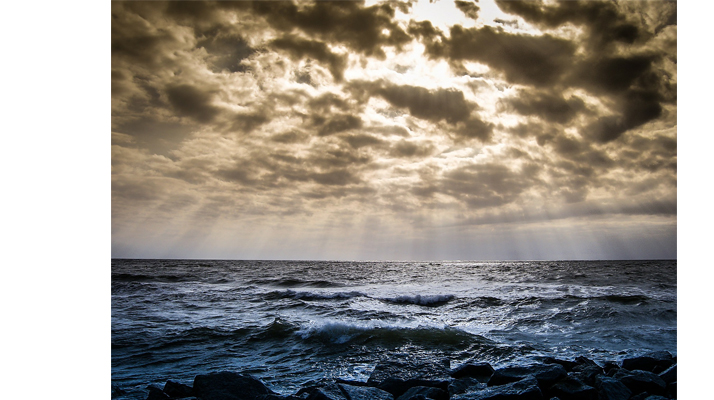 Preventing backflow
Wouter Witsel further developed its Eurocheck type check valve. It is used to prevent backflows in pipework systems, and in sea water desalination. It is a self-acting pivoting check valve of the double disc wafer type. “The design is compact, therefore saving space and very light”. The manufacturers valve range is completed by various actuators.

Wouter Witsel has already received a major order for a water desalination plant in the United Arab Emirates. The company supplied more than 400 fully vulcanised butterfly valves, including manual, pneumatic and electric actuators.

High investments in Australia
Water has also become scarce in Australia. The situation is made worse by major population growth, industrial development, increasing pollution and contamination of available resources and global warming. Australia is therefore investing billions in desalination. One of the largest projects is the Wonthaggi Desalination Plant near Melbourne, with a daily production of 440,000 cubic meters of water. A milestone was achieved this year: the first water from the Wonthaggi desalination plant flowed into the Cardinia reservoir, securing the water supply in the southeastern state of Victoria. The project offers numerous advantages, reaching far beyond Melbourne and Victoria.

Valves made by Ebro are being used in the Wonthaggi desalination plant. The company supplied 1830 manual and electrically or pneumatically actuated shut-off valves, varying from resilient‐seated EPDM and PTFE lug‐ type butterfly valves to double‐flanged butterfly valves, with nominal sizes between DN 50 and DN 2200. “All valves are made from AISI 316‐stainless steel interior parts and have a special body coating suitable to resist the aggressive climate conditions,” explains Ebro.

800 million people are suffering
The valves Ebro supplied will shut‐off and control the medium from the seawater pumping station, to the distribution and storage of drinking water. All valves are actuated using either a manual wormgear, or electric and pneumatic actuators. The pneumatic actuators have a tufram coating to make them corrosion-proof, and are also equipped with an emergency handwheel.

No seawater desalination plant operates without automation. Festo supplied a plant in Chennai, India, with plant automation solutions. This shows water scarcity is not alone limited to certain regions of the USA, the Arab countries, Australia and some parts of Spain. It is a major problem around the world, made worse by climate change. The United Nations estimate around 800 million people do not have sufficient access to drinking water. In other words, more than eleven percent of the global population are cut off from the supply of drinking water.

Number of plants to multiply
All of this despite the fact a huge amount of water is readily available. However, 97,5 percent is saltwater. Making use of the oceans is therefore logical. The trend is making itself felt. As the organisation “Global Water Intelligence” states, the percentage of the global population that will depend on desalinated water will grow from the single-digit percentage range to 25 percent by the year 2025.

The number of sea water desalination plants in use around the world will multiply. Reverse osmosis has established itself as one of the common methods. Here, seawater is pumped under high pressure through a semipermeable membrane, trapping and removing salts, bacteria, viruses chalk and toxic substances, such as heavy metals. What remains is potable water.

A dream becomes reality
Already in 1961, president John F. Kennedy was enthusiastic about desalination during the opening ceremony of a desalination plant, speaking of one of mankind’s oldest dreams: turning seawater into drinking water. Back then, the president of the USA, envisaged drinking water could be cheaply produced from seawater by the end of the 1960s. Alas, the high costs didn’t come down, putting a brake on the rise of this form of drinking water production. In the end, however, Kennedy proved right. Today, the widespread use of seawater desalination has become a reality.

Innovations on valves and valve related products will be presented at Valve World Expo Düsseldorf from November, 27 – 29, 2018 at Düsseldorf Fairgrounds.